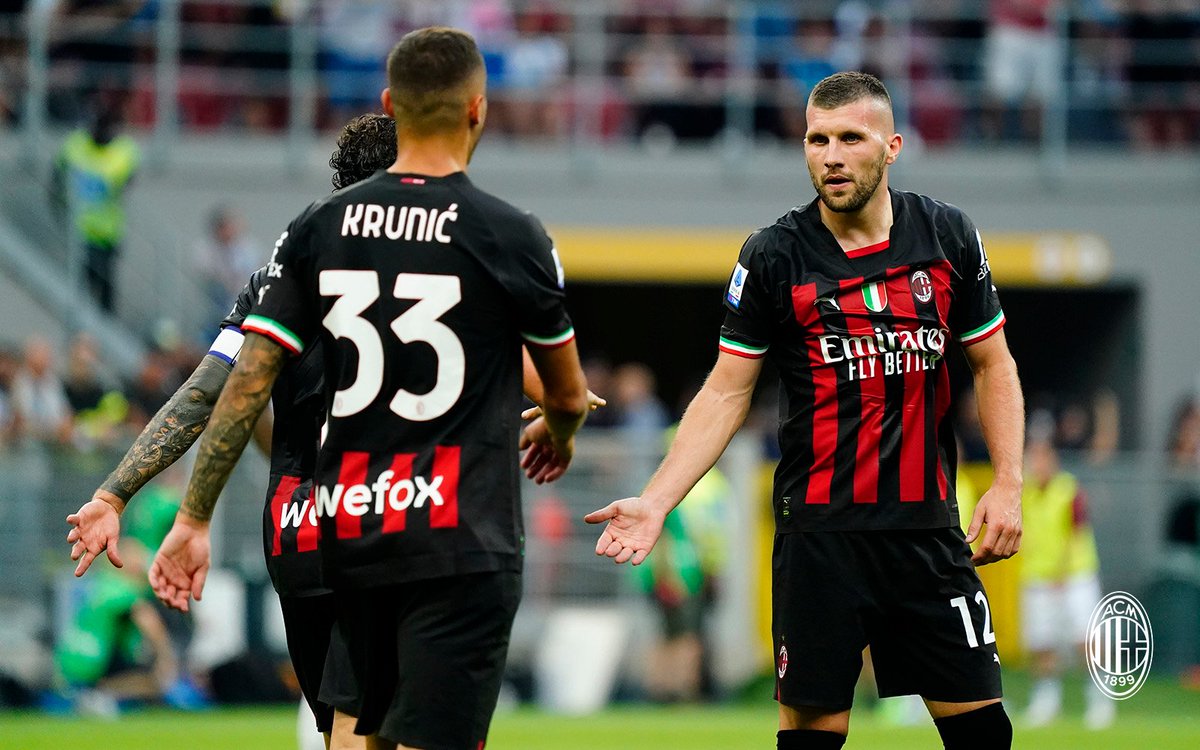 Milan were heavy favourites for the home game with Udinese on Saturday, but things go as planned after the visitors took the lead. It took Udinese just two minutes to score the first goal of the game courtesy Brazilian defender Rodrigo Becao. Milan were behind for just nine minutes before they were given a lifelinevia a penalty. Frenchman Brandon Soppy was adjudged to have fouled Davide Calabria in the Udinese box and Theo Hernandez scored the resulting penalty to level proceedings. END_OF_DOCUMENT_TOKEN_TO_BE_REPLACED
Tags: AC Milan, Brahim Diaz 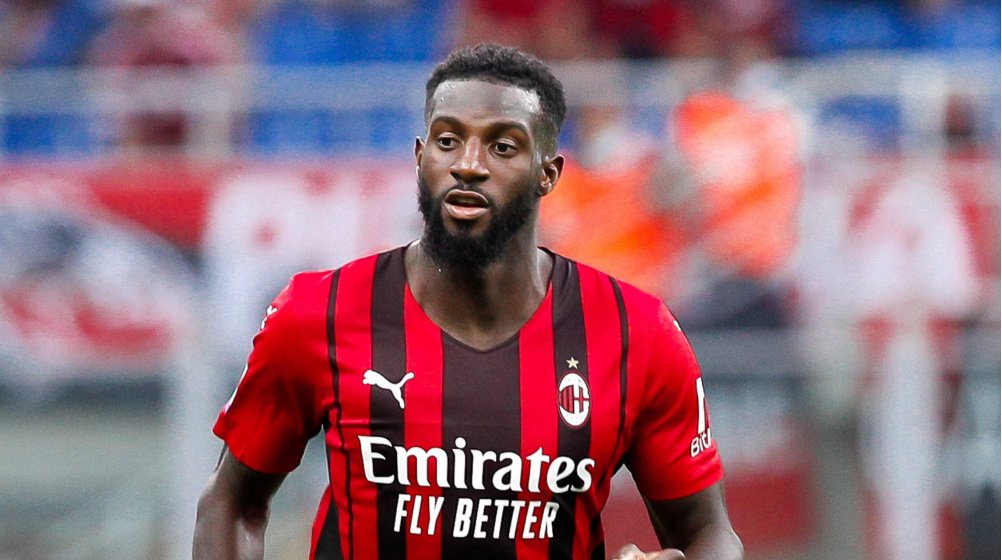 As per the aforementioned report, Paris Saint-Germain outcast Georginio Wijnaldum is on their list and the club are exploring the possibility of getting him on board. The Dutchman would perfectly fulfil Roma’s needs but they might struggle to match the salary he currently earns with the French giants. END_OF_DOCUMENT_TOKEN_TO_BE_REPLACED
Tags: AC Milan, Tiemoue Bakayoko 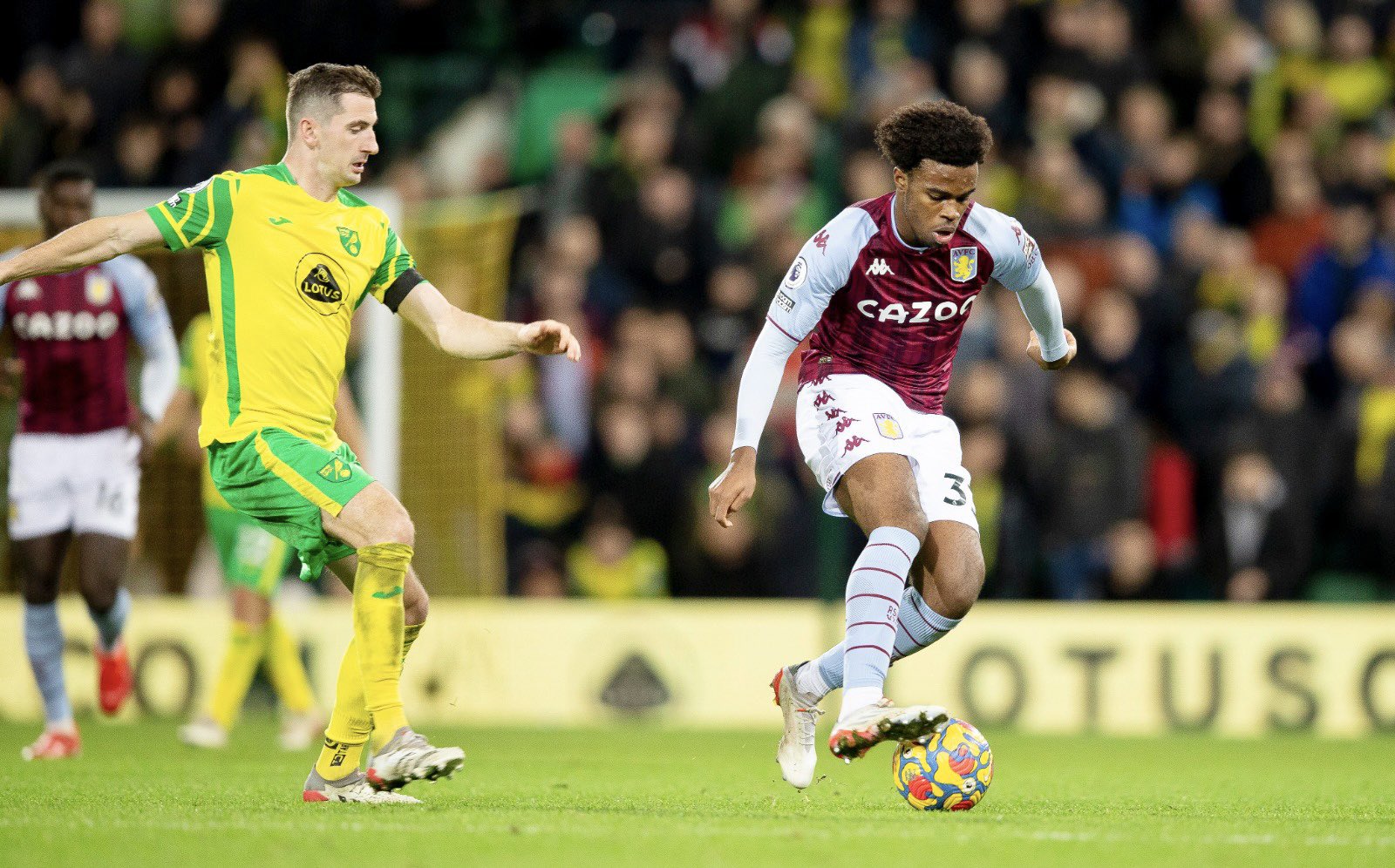 Carney Chukwuemeka is one of the most promising young midfielders in England, with the teenage prodigy making swift progress in the Aston Villa academy over the last half a dozen years. The 18-year-old made his first-team debut for the Midlands club in the 2021/22 season and has turned out 16 times for the Midlands club thus far. END_OF_DOCUMENT_TOKEN_TO_BE_REPLACED
Tags: AC Milan, CHUKWUEMEKA

Seven-time European champions AC Milan have emerged as a surprise suitor for highly rated Crystal Palace winger WilfriedZaha. The interest of the Rossoneri in the England-born Ivorian international was confirmed by one of the biggest newspapers in the United Kingdom, The Sun. It was revealed that the Rossoneri want to sign Zaha to boost their title challenge. AC Milan have made a fantastic start to the new league season in the Italian Serie A and they are the only unbeaten team in the competition this season. The former European champions are the only unbeaten team in the Italian Serie A after 14 games this season.

WilfriedZaha is a quality winger that would set AC Milan back financially due to the high transfer fee expected from Crystal Palace chairman Steve Parish if the Rossoneri decide to back their interest in the player with a concrete offer. AC Milan want to sign Zaha next month but they will have to pay a lot of money to secure his signature. In the previous transfer windows, clubs likeTottenham Hotspur, Arsenal, Everton, Borussia Dortmund and Chelsea have all been touted as a potential destination for the player who’s the star of the Crystal Palace team under Roy Hodgson.
END_OF_DOCUMENT_TOKEN_TO_BE_REPLACED
Tags: AC Milan

He said that AC Milan is already a great team and that they will need some quality players in order to become stronger. He said that he already has a list of transfer target and it will be up to the owners to say whether they can bring them or not. Much of the rumours swirl around players in the Portuguese and French leagues, where there are some rough diamonds that could be polished at the San Siro. END_OF_DOCUMENT_TOKEN_TO_BE_REPLACED
Tags: AC Milan, Gattuso

AC Milan manager Gennaro Gattuso has finally admitted that his job may be on the line after a string of disappointing results. Just when it seemed that the club are on a path towards recovery and reaching the European stages, the home defeat against Benevento has given a huge blow to the club’s hopes of finishing in the top six places. Milan have fallen a couple of points behind the likes of Atalanta, while archrivals Inter Milan are substantially ahead in the table. There is even potential for Milan to fall out of the top 10 places.

After having been one of the power houses in European football, Milan were expected to revive their old-self when new investment from across the globe poured into the club. However, this has not been the case since the club has not been able to find any kind of a good run going. Milan have gone through several managers already with the likes of Clarence Seedorf staying at the club only for a short spell. END_OF_DOCUMENT_TOKEN_TO_BE_REPLACED
Tags: AC Milan, benevento, Gennaro Gattuso

AC Milan head coach Gennaro Gattuso was not entirely pleased with the Rossoneri’s 3-0 away win over Ludogorets in the Europa League last night. The San Siro outfit continued their unbeaten start to 2018 with a comfortable win in Bulgaria with Patrick Cutrone, Ricardo Rodriguez, and Fabio Borini finding the scoresheet.


A 3-0 result on the road is usually deemed the perfect result for any side, but Gattuso was not happy with the overall performance. The 40-year-old stressed that the Rossoneri were holding onto their lead rather than putting further pressure to increase their goal tally.
END_OF_DOCUMENT_TOKEN_TO_BE_REPLACED
Tags: AC Milan, Europa League, fabio borini, Gennaro Gattuso, patrick cutrone, ricardo rodriguez, San Siro, sky sport italia

AC Milan manager Gennaro Gattuso claims that he has not contemplated resigning from his role. There has been a lot of speculation that the club legend may decide to step down from his role – just a few weeks after coming in as the new AC Milan manager – following a heavy 3-0 loss against Hellas Verona. Gattuso was a frustrated figure on the sidelines as he watched his team suffered a defeat against one of the relegation favorites. It has to be one of the low points of the campaign for Milan, who invested heavily in the squad over the summer. Yet, the club has been unable to reap the rewards for the same, as they find themselves in the ninth place.

Milan would have been hoping to at least qualify for the Champions League this season but they stand to finish outside the Europa League qualification at this rate. Milan’s recent turnaround of managers has been quite high, as new owners decided to part company with Vincenzo Montella after a poor set of results midway through the campaign. Vincenzo Montella is the longest serving of the Milan managers since Massimiliano Allegri left the club in 2014. He has been in charge of the team for just over 500 days, but it appears that Gattuso could have one of the shortest regimes after having been around only for over 25 days.
END_OF_DOCUMENT_TOKEN_TO_BE_REPLACED

AC Milan manager Vincenzo Montella has laughed off suggestions that he could be dismissed from his managerial role in the near future. The Italian said that he has been watching his funeral for a while after his side drew blank in the Europa League game against AEK Athens on Thursday night.

The Rossoneri won just one of their seven games in October including defeats to Roma, Inter Milan and Juventus. Milan also drew their doubleheader against AEK without finding the scoresheet, and this is a cause of concern for a side, who appear to lack cohesion among their players.
END_OF_DOCUMENT_TOKEN_TO_BE_REPLACED