AC Milan captain Leonardo Bonucci has lifted the lid on why he made the controversial switch to San Siro from Juventus during this summer’s transfer window. 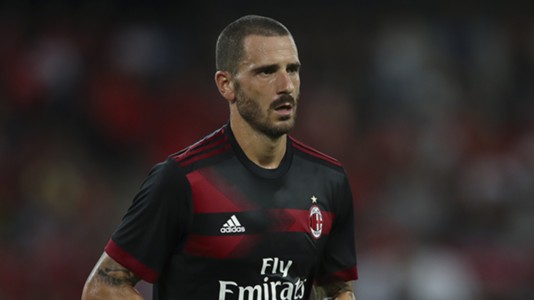 The Italy international has made a good start to his career with the Rossoneri after having won the first two games of the Serie A season.

Speaking from Italy’s training centre on Tuesday, Bonucci admitted that he had to move on from the Serie A holders due to decisions made from the club’s hierarchy, he said: “I left Juventus because of some decisions made by the board. One must have balls to do what I did. They told me I am traitor, a mercenary and other stuff even if I always gave the best for Juventus. I did get along with Juventus until the end. I was not doing the difference in the defence of Juventus, I played alongside great champions and without them it wouldn’t have been the same for me.” END_OF_DOCUMENT_TOKEN_TO_BE_REPLACED