Defending champions Juventus are set to clash with AC Milan in the Coppa Italia last eight for a chance to continue at the tournament. 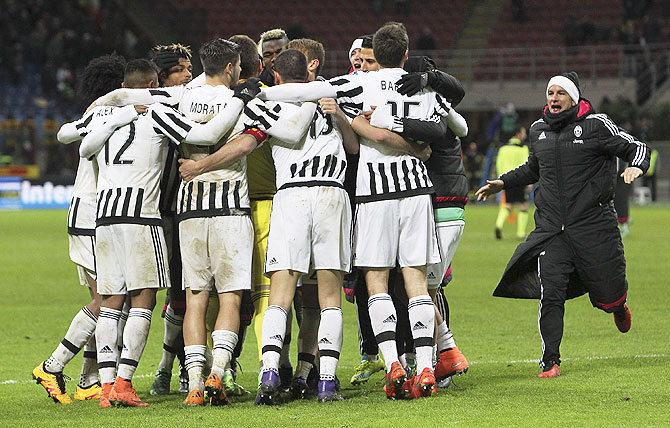 Juve would be hoping to revenge for the loss they suffered in the Supercoppa Italiana final.

The hosts are expected to use the same formation they employed in fighting off Lazio albeit with a slight modification. They were excellent against Lazio, killing the game off in the first 17 minutes. Many want AC Milan to force an upset in a season the team has not been as convincing. The top three teams in the league are separated by four points. Unlike last season where there were no doubts they would later claim the title, this term is not as closed

“We’ll change some players, because we played a very tense and physical game on Sunday. Tomorrow night will be a final, and then we have a game with Sassuolo on Sunday. Everyone else is fine, so there will definitely be changes,” Coach Allegri said in his pre match conference.

Allegri also said that Claudio Marchiso would miss the game as he did not train with the team the day before but that the player was getting better. He added that Marko Pjaca might not start. Allegri said defender Leonardo Bonucci would feature but that he would have to speak with Giorgio Chiellini and Stephan Lichtseiner to decide. Medhi Benatia is in Africa for the Nations’ Cup, and injuries would keep Mattiello, Rolando Mandragora and Mario Lemina out.

Milan have been playing well this term. They place seventh in the league with a game in hand. So far they have successfully fought off Juve twice this campaign. They thrashed them by a single goal in the fist half of the league and forced a draw at the Super Cup final. Juve have the edge in this one particularly as it is a knockout with their fans cheering them on in Turin.